An important part of Chemistry is the ability to make up solutions of a known concentration. This can sound quite complex, however it doesn't need to be.

I have made this solution up using pure Sodium Chloride, from a chemical supplier [1], rather than table salt which contains Sodium Ferrocyanide. If you need extra help with this try asking on Science forums [2] as there is a section on there for home chemistry.

I am also on the IRCNow network, where we are starting up a channel to discuss amateur / home science.

Following my previous attempt at this. I am now repeating the experiment with pure Sodium Chloride. I am also using a 250ml conical flask, which is much larger.

This time I used hot water from the kettle, taking a precaution of warming this up with warm tap water first, just in case the sudden temperature changed caused the flask to shatter. I then added Sodium Chloride powder. 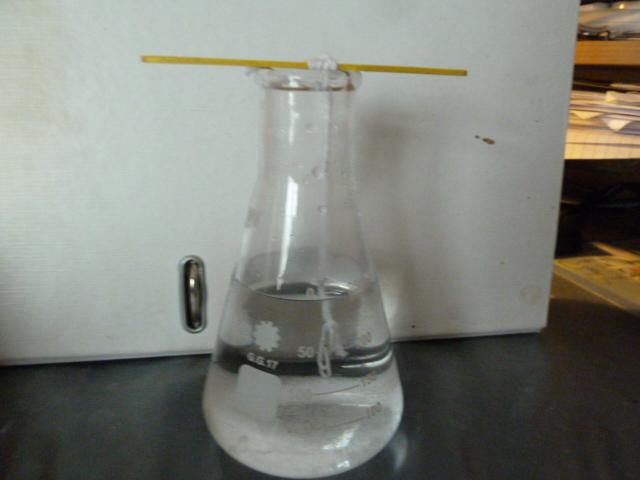 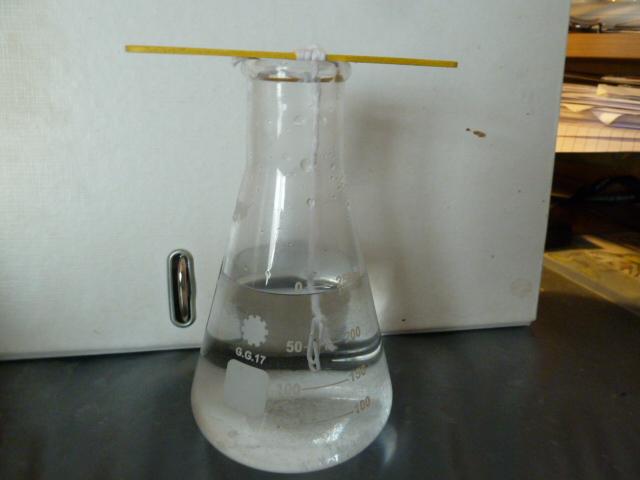 I am now leaving this to hopefully grow some nice crystals which I would expect to be more of a cuboid shape. This prediction is based on:-

I am doing this for:

Reposting this due to adding a link to a Science Forum post.

As Salt (Sodium Chloride) dissolves in water, you can grow salt crystals quite easily. There are lots of instructions on the internet, on how to do this with Salt, as well as other chemicals; such as, Alum (Aluminium Sulfate), Borax (Sodium Borate) for example.

For the purpose of my attempt, I used

*a conical flask from my old Chemistry set,
* a wooden lollipop stick, * string * paper clip (to hold the string in the solution)

This is illustrated in the first picture, while the 2nd is a photo of the resulting crystal formation. 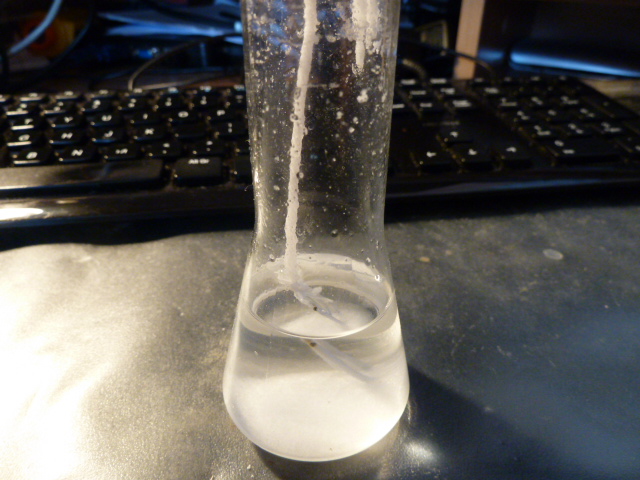 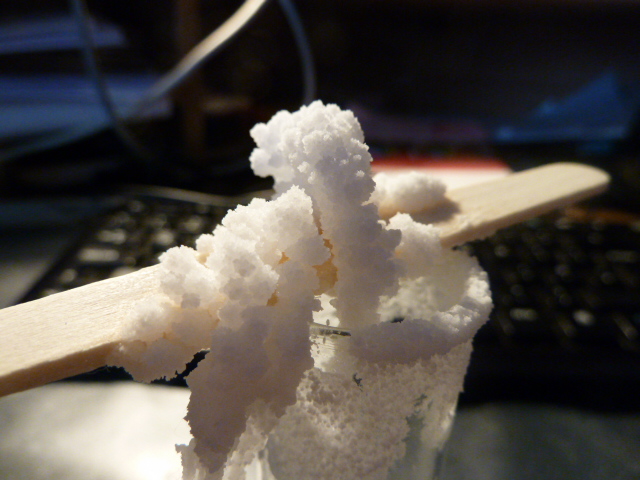 It is probably worth mentioning that table salt contains Sodium Chloride but also a Anti caking agent called Sodium Ferrycyanide which according to that wikipedia article is a yellow solid.

I am not sure if this somehow affects the growth or shape of the resultng crystals. At some point I should try the same experiment pure NaCl