The Debian project is pleased to announce the second update of its stable distribution Debian 11 (codename “bullseye”). This point release mainly adds corrections for security issues, along with a few adjustments for serious problems. Security advisories have already been published separately and are referenced where available

Debian 11 (Bullseye) is due for release on the 14th August.

I am running Debian 11 with XFCE. It appears, that despite the power manager being set to blank the display after 20 minutes, this for me happens on my system after 1 minute ( I timed it). 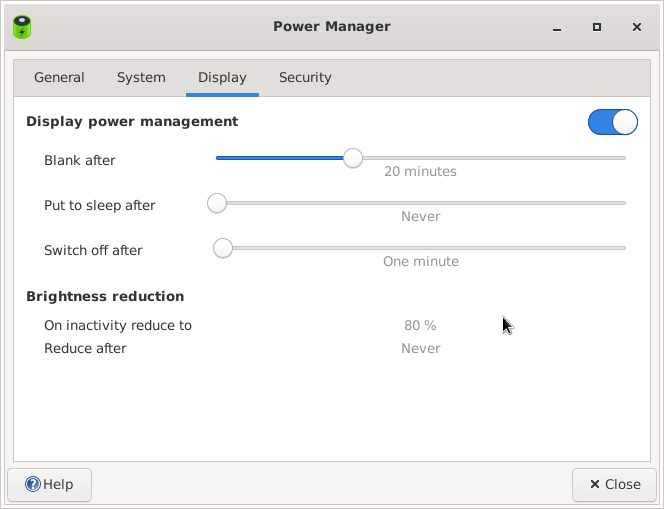 This is not critical for me, just seems like unexpected behaviour. I am making this post to see if anyone else is having the same or similar issues.

I am using Debian 11 and the XFCE Desktop environment.

Other system information (gained via hexchat)

The 3rd alpha release of the Debian 11 (Bullseye) has been released. More details can be found here

The current release which is Debian 10 Buster is available here.

**I am just making a post on this blog about the alpha 3 release,please see the Debian website for ALL official announcements and information.