We have sone Lego Mindstorms at Code Club, which has remained largely unused until now. Partly due to lack of time and or expertise to figure it out.

As I am helping at a digital leaders club, we have been trying to use the lego owned by the school, as with the Lego Mindstorms both the NXT and RCX bricks are no longer supported. 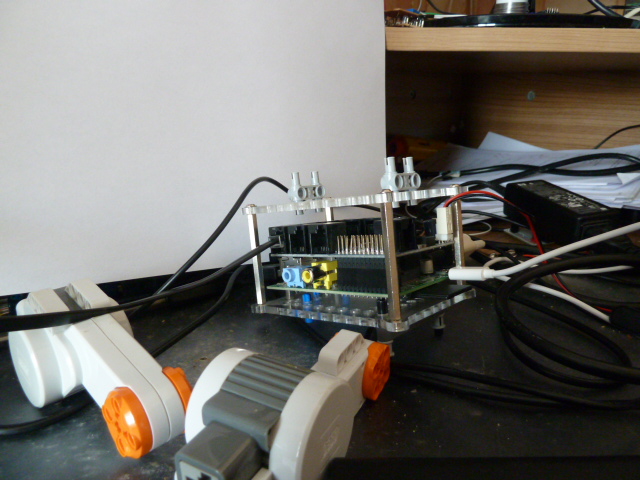 Step in the Brick Pi, obtained from the same school as the Lego (not the school I am running this club at). Despite the Lego sitting in a cupboard for a few years, it still boots up and I can actually run a motor fine. So a good starting point.

On Thursday, I will be taking this in to the digital leaders club, so that we can hopefully experiment with it.

This is the best I can do at the moment, hopefully installing scratch Link will allow Scratch 3 to talk to the existing rxc or the nxt block I am using, but that belongs to code club.

Should give us some scope to undertake more Lego Mindstorms at the library.