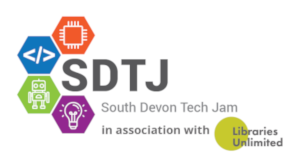 At the South Devon Virtual tech jam, on Saturday, we had discussions on quite a wide range of topics., these included:

Computer hardware such as Chromebooks and PC's not offering a choice of Operating System (OS) and the ease of which we can install what we want (e.g. a GNU/Linux) based system on shop bou ght hardware. This can be challenging with the use of non-free firmware, for example wifi firmware. The resultant collective opinion was that it would be nice to be able to go to a shop and just buy hardware with Linux pre-installed, or not have an OS at all giving us the option to install our own OS. While we are able to do this, the barriers are higher for the average user who is non technical.

We also discussed cloud computing, one drive and what happens if you lose access to your data, MS office now being a subscription model. We then looked at Nextcloud and the technical barriers for people to set that up securely. Eventually this moved on to a discussion on running software such as zoom as snaps (container packages), as I currently run Nextcloud in a Docker instance.

A discussion on using LaTeX, the advantages and if it is better to use Overleaf, a local install or have both available. This was also related to a discussion on distance learning and studying at University level generally.

After a short break the topic turned to what happens, when there is a disaster, causing lines of communication to be damaged, so no phones, mobile signals, electrical systems damaged. One suggestion was Morse code, so we discussed that, which led on to a discussion about hardware running forth, which then led in to a discussion on moon bases and certainly long term space missions needing computer hardware which will need to last 100's of years. This could be a long, multiple generation, journey to a star system for example Proxima Centauri. It could take 100's of years to go just 4+ light years in distance, given how fast current space craft can travel.

So in all, a very varied set of topics, Really interesting.

Next jam is 8th May where there will be more of the same. See Meetup. If you sign up and follow we will send you a notification closer to the time.