So in this activity, we are going to try and produce a spiral using Scratch code. This is similar to what Spirograph [TM] produces. 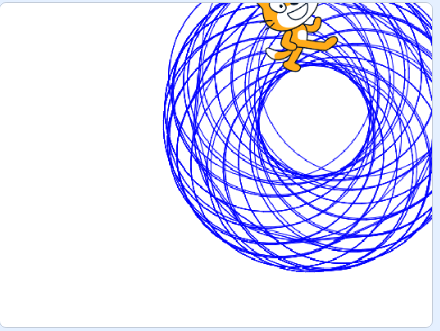 Open up Scratch 3 in a browser and create a new project. 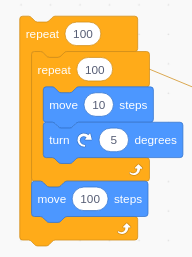 When run, you should see it draw circles on the screen, move and re-draw, eventually building up a layer on layer spiral pattern with circles.

The method here for drawing circles could be used in other projects too.