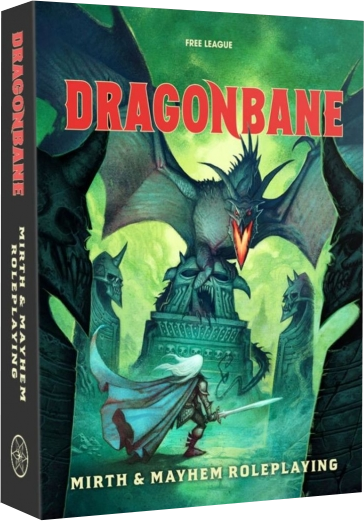 Dragonbane (Drakar och Demoner) is by Free League a Kicker that has run its course, but is still open to late pledges!!

Free League is, imo, one of the best RPG publishers in the world right now. I am currently playing some games they make. Forbidden Lands, which is a OSR game, and Alien, which is a RPG set in the universe of the Alien Franchise. The thing is they also do the absurdly popular Twilight 2000, Mutant: Year Zero, which is the system they use in a lot of their games, Coriolis, the award winning Symbaroum and a bunch of others. Recently they released Bladerunner which I hear is also very good.

My point is these guys are basically batting 1000.

Dragonbane is a “new” RPG system from Free League. They normally use the Mutant : Year Zero system in their games, which revolve around pushing your luck via d6 drops. The interesting thing is that this is based on Drakar och Demoner, a old game from the 80s. You see back in the ancient times before the internet things didn't travel like they did now. During the late 70s when the RPG scene took off DnD didn't really make it to Northern Europe. So, instead of DnD they had DoD (Drakar och Demoner) which I believe is Sweedish for Dragons and Demons. Basically, if you played RPGs in and around Scandinavia during the 80s and 90s. It was DoD, and NOT DnD that you played.

This is classic Free League stuff. Mutant : Year Zero was also a regionally known RPG that most of the world had not heard of when they repackaged it for the world market. They have a history of taking these lesser, or unknown games (unknown to some, particularly the west) and re-release then as a “new” game with modern tweaks and then blow people socks off with it. The thing is that DoD is kinda like Pepsi. It is an alternative “root brand” to DnD. It is a hugely influential RPG that has molded many European designers who now make more mainstream RPGs. So DoD has been secretly behind the scenes this whole time influencing many of the TTRPGs you probably play. 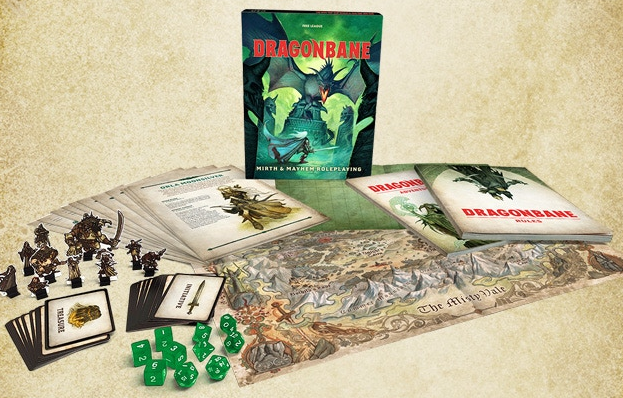 So what exactly is DB? Well it is a high Fantasy RPG sandbox. While it does have an actual world and obviously that means it has its own major god and demons and stuff, the game itself is really more open than some others. In that regard it reminds me a little of Lamentations of the Flame Princess. Not.. I stress.... not in content. LoTFP is notoriously dark, but in that this version of DoD is game you can also basically make adventures that do anything, inside a high fantasy setting.

As it is a game from the 80s it lacks some of the “free form” ideas popular in some modern RPGs. I mean it is a modern rebuild of the game, but it is still like DnD itself. As this game has a lot of combat stuff in it. Make a party and go hunt some monsters! The combat rules are typically streamlined and simple in comparison to DnD, which is a total mess imo. The core mechanic is rolling a d20 and trying to get equal to or under your skill. So it's like Pendragon in that way. So attacks do damage, you track health, etc etc. Utility spells and all that stuff. The original DoD was based on Basic Roleplaying by Chaosium. One of the big updates here is changing it from a D100 test to D20s. (dropping granularity from %1 to %5 increments). 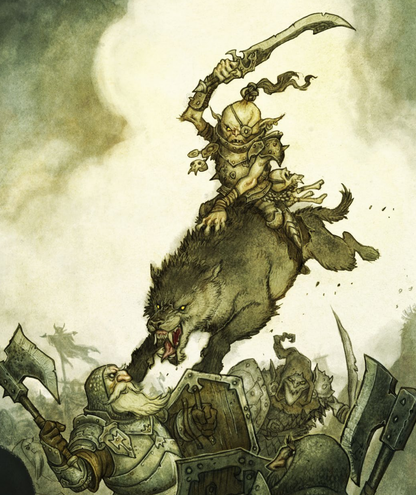 You can download the Quick Start PDF from the Kickstater Site. These rules are Beta so are subject to tweaks and stuff.

For those of you that have been paying attention to the OGL (Open Gaming Licence) and current implosion happening over at Wizards over it, might want to consider Draganbane as a OpenDnD solution to using DnD itself.